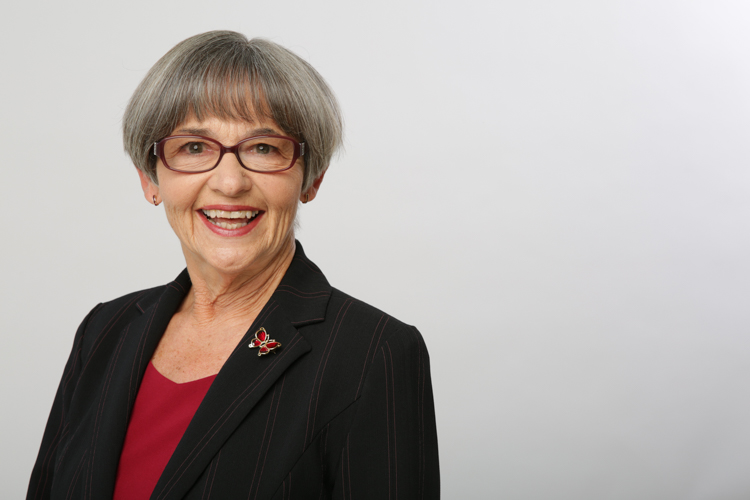 With her ability to wear many hats, Teri Cannon has served the community through a variety of volunteer roles for Beach Cities Health District (BCHD). Her curiosity and interest in wellness not only help the health district with their many programs but also inspire others around her to live healthier lives.

A third-generation Californian, Teri grew up in the San Gabriel Valley and came to the Beach Cities in the late 1970s, specifically Redondo Beach. For twenty-two years, she worked her way up at Behavior Health Services Inc., a substance abuse prevention and treatment organization in Gardena, to become an executive VP and Chief Compliance Officer.

In the early 1990s, Behavior Health Services had a contract with BCHD and that was where Teri first heard about the organization. Flash forward to 2010 when Teri had retired and began to think about what to do next. She started to look at volunteer opportunities and came across the Blue Zones Project® at BCHD. She went to a few events and started volunteering for them. “I love Blue Zones Project and telling people about the programs at BCHD.”

But that’s not all for Teri. She has served in a variety of volunteer roles for BCHD throughout the years and is currently on the Power 9® Committee, an advisory group that focuses on Blue Zones Project’s Power 9® Principals to live a longer and better life. On the committee, Teri works with BCHD staff in an effort to get people involved through events, word of mouth and monthly meetings. “I believe in the message of wellness, which is the main reason I got involved. [And] it’s just fun. I feel connected to the community and it’s a volunteer job that makes me feel it’s worth my time.” And it’s evident she does indeed help. As Tiana Rideout, Community Health Programs Coordinator for Blue Zones Project, expressed, “Teri’s enthusiasm for Blue Zones Project and dedication to volunteering inspires genuine community connection. She is making a difference and we appreciate her commitment to a healthier beach community.”

Teri also participates in the Moai walking program at BCHD and was in one of the first groups created. She remembers fondly when her group won a contest to have dinner with Dan Buettner, founder of Blue Zones Project. Another standout moment was when her walking group was chosen to represent all the groups when the former U.S. Surgeon General Dr. Vivek Murthy, came to visit in 2016.

Teri certainly keeps herself active and busy in retirement, as she also volunteers her time for other organizations, including the Women’s Club of Redondo Beach and the Redondo Beach Public Library Commission. Teri is an avid reader, especially historical fiction and has a few words for anyone thinking about volunteering at BCHD – “They have so many programs, so many different opportunities to fit your interests and it’s just a great organization. I recommend it to anyone who wants to take part [in their community!]”