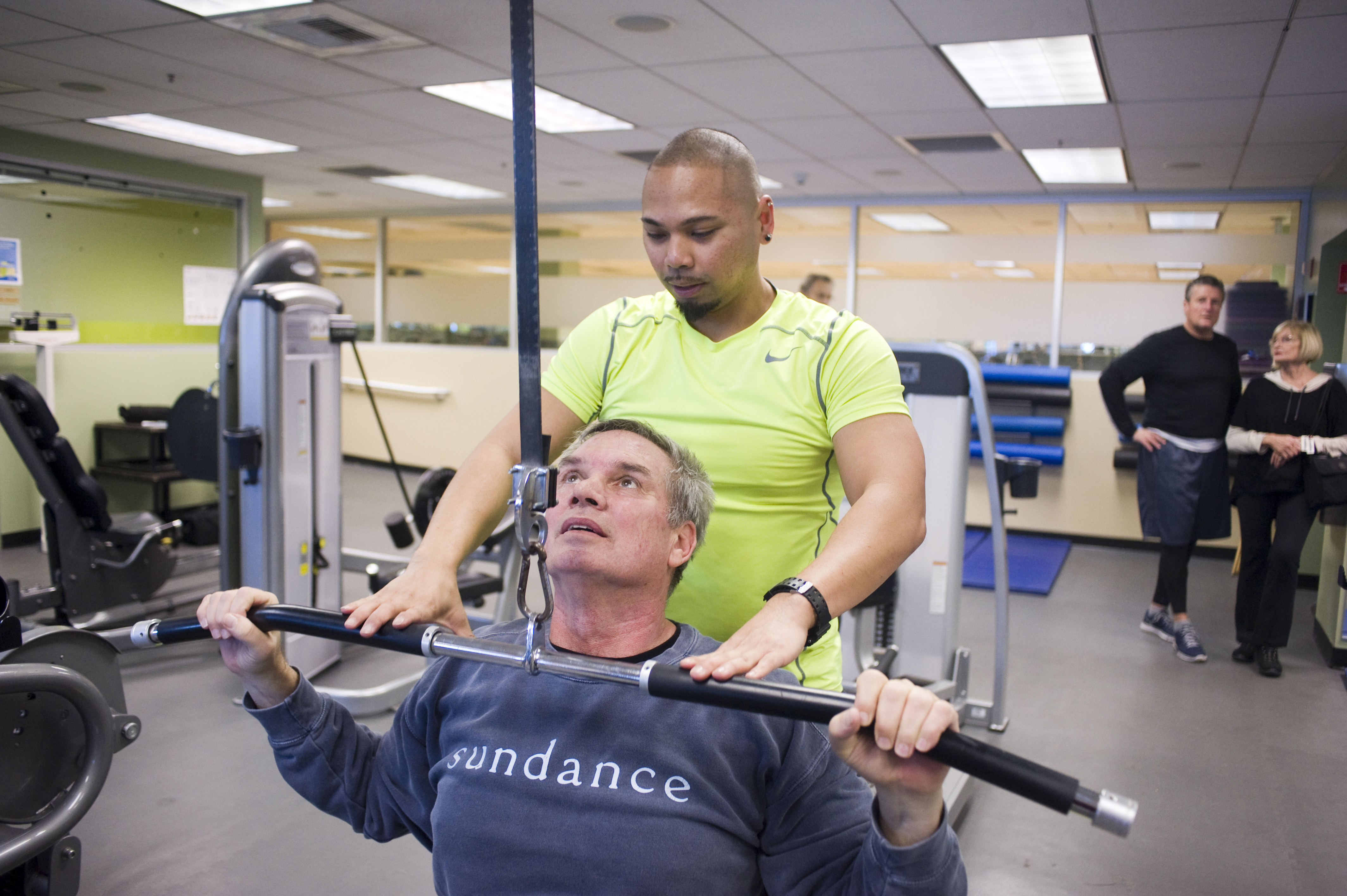 During his time as a Division 1 college football player and coach, Rick Rasnick built a career on besting the competition; now he's  squaring off with a much different opponent: early-onset Alzheimer's.

Center for Health & Fitness (CHF) member Rick Rasnick dedicated his professional life to the game he loved most: college football. As a young man, he starred as a center for San Jose State in the early 80s. After graduating, he ascended through the coaching ranks – serving as offensive coordinator for the University of Utah and his alma mater before landing a head coaching job at Division I Eastern Michigan University in 1995. His teams were notorious for their offensive explosiveness, while Rick was best known for his no-nonsense attitude, indomitable build – he stands at roughly 6 feet 3 inches tall – and trademark smile.

But today, Rick, 58, struggles to remember how to walk and can’t muster much more than a whisper due to the debilitating effects of early-onset Alzheimer’s.

According to Rick’s mother, Donna, he first exhibited symptoms of the rare and deadly form of dementia five years ago. Donna had called to pass along some information to her son, but quickly received a call back from Rick who had no recollection of their conversation.

“He had no idea what I had told him,” says Donna. “And after, that he began to go downhill really quickly.”

Alzheimer's is rare in people younger than 65 and is often genetic, according to the Mayo Clinic. Following diagnosis, a person’s life expectancy is just five to seven years.

“It just breaks your heart,” says Donna, who, along with Rick’s father, Jim, and girlfriend, Annette, cares for him on a daily basis. “His brain is just shutting down and eventually he’ll just forget how to breathe. It’s not a cheerful outlook by any means.”

With each passing day, Rick increasingly loses the ability to do basic tasks, relying on his 77-year-old parents and Annette to drive him to appointments, dress him and help him use the bathroom.

Though the deck is clearly stacked against him, Rick, true to form, isn’t going down without a fight. He draws on the same competitive fire that fueled his success as an athlete and coach to exercise at CHF each week with his trainer, Derick Malit, in the hopes of at least slowing the progression of the deadly disease.

During their hour-long training session, Derick slowly re-teaches Rick how to exercise in tiny increments by showing him the motions required for the exercise. Oftentimes, his instructions are forgotten within seconds.

“Verbal communication is difficult with Rick, some days are more challenging than others, but I’ve found him to be much more responsive to exercise demonstrations,” Derick explains. “So, I get his attention by asking him a question about himself, like his name, and then go right into an exercise demo. This triggers him to follow my movements, and many times, he will impulsively transition into other exercises. His muscle memory is still sharp as a tack from his years of athletic training, which is amazing to see. Let’s just say it didn’t take long to realize I’m training an absolute stud.”

To keep morale high, Derick offers a constant stream of encouragement and audible cheers – even playfully asking Rick to show off his dance moves in between exercises.

“Man, he loves to dance,” says Derick. “All I have to do is ask and he’ll immediately respond with one of his silky smooth moves. It’s another great trigger I use to transition Rick into different exercises, and we both have a lot of fun doing it.”

The process of finding the right environment where Rick could safely exercise with someone as engaging and qualified as Derick was an arduous process, according to Donna. So when they finally happened upon CHF, she says it was an important step forward in the fight to preserve his physical and, hopefully, mental well-being.

“It’s hard to find activities for people his age,” she says. “There are lots for people who are 65 and older, but he doesn’t need a daycare. The people here (CHF) don’t judge you. They’re friendly and very caring.”

Though the once successful coach has been tragically forced to hang up his whistle and walk away from the game he first fell in love with as a Pop Warner player because of an incurable disease that will eventually rob him of his life, too, his ability to inspire and lead endures.

“When I’m working with Rick, I often find myself teary eyed – not from sadness or pity for his condition – but from overwhelming feelings of pride and respect for what he’s accomplishing,” says Derick. “He may not realize it, but he motivates me and a lot of other people in this gym to keep working hard, fighting and moving forward regardless of what lies ahead.”