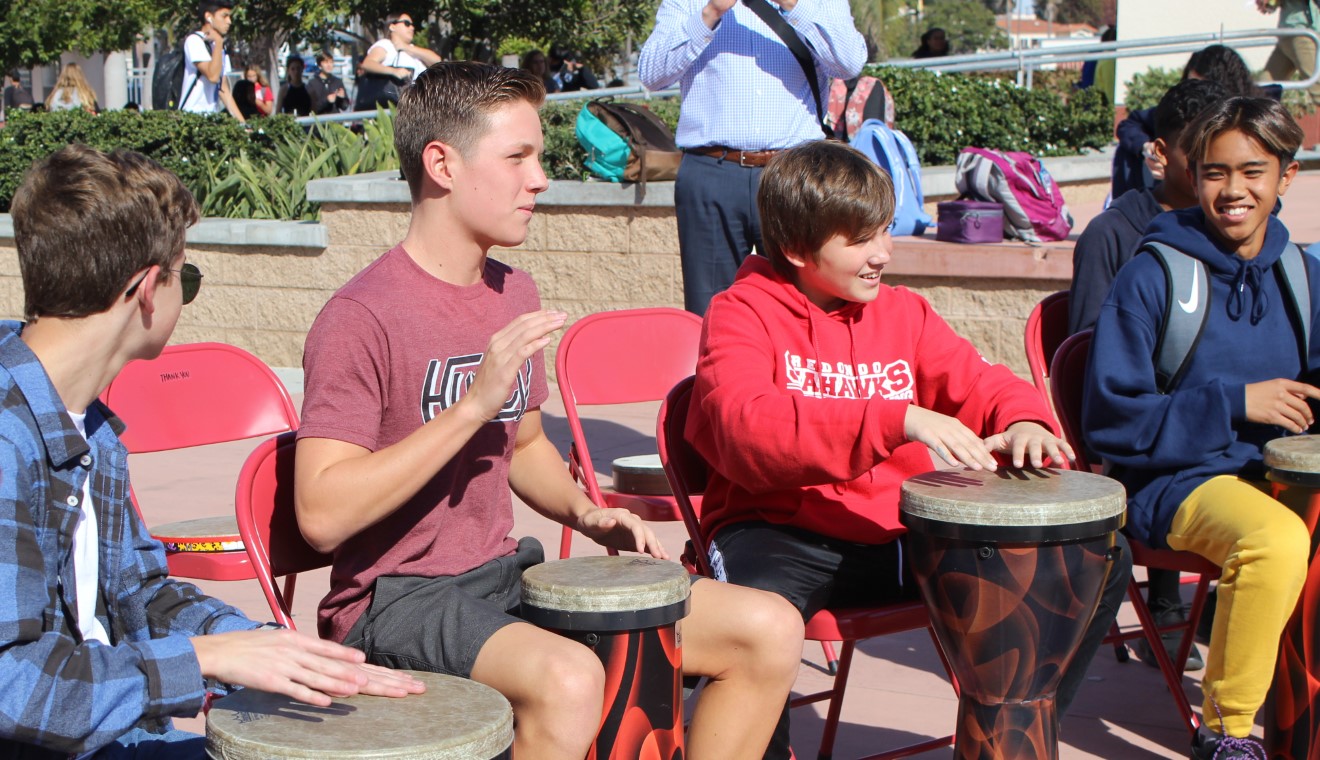 “It's important because [mental illness] is becoming increasingly prevalent nationwide, and there's always going to be someone who is suffering. I feel that it is our responsibility as a school to address that. It is nice to be doing something that will have an impact, and even if it doesn't happen this year, I will be able to see my work come to life next year,” Haddad said.

While researching for her presentation to the council, Haddad was shocked by the overwhelming statistics of the number of teenagers suffering from mental illnesses. About one in five youth aged between 13 and 18 experiences a severe mental disorder during some point in their life, according to the National Alliance on Mental Illness (NAMI).

“I found pages and pages of data showing that it's a prevalent issue and it even affects our education and our well-being. It really does have an impact on your education since only 40 percent of kids with mental disorders graduate high schools,” Haddad said.

Likewise, Baker was stunned by the data and became invested in the topic when completing her Girl Scout’s Gold Award project, which centered around the mental, social and emotional well-being of students in the South Bay. Baker, Haddad and four other students spent countless hours over the summer, meeting each week to research and strategize how to promote mental health to RUHS students and presented their plans to BCHD leadership.

“We are planning to have a week when local resources, such as local therapists, Blue Zones Restaurants and yoga studios visit RUHS and offer their resources to students,” Baker said.

Baker believes that low student turn-out is an issue for the council, but they are hoping to promote their planned activities through incentives like extra credit and other rewards. To increase student participation, the board is discussing more student-oriented activities, such as an art walk with a scholarship opportunity.

“A lot of the time students have a lot of other things they’re doing on campus. We are talking about how to encourage students to actually show up and care, which is something we need help with,” Baker said.

After presenting their ideas to the RUHS administration this week, the Youth Advisory Council will move forward with their plans this school year.

“We want students involved at our high school and middle schools to understand mental health and become aware and interested in it. I came up with a presentation that had a lot of different options that we could do, and I ended up planning a week to increase awareness and presented it to BCHD,” Baker said. “Then, we came together as a council to put everyone’s ideas together and plan a week that we are all satisfied with.”

Though Haddad believes that RUHS is more welcoming of discussions on mental illnesses compared to other schools, she believes that the stigma still hinders students from speaking about their experiences with depression and anxiety.

“I know people who struggle with anxiety and they might not always feel comfortable speaking about it,” Haddad said. “I think that is how we can improve – by increasing access to resources that can help kids who are struggling and destigmatize discussions about mental illness.”

Health
In the News
Kids + Families